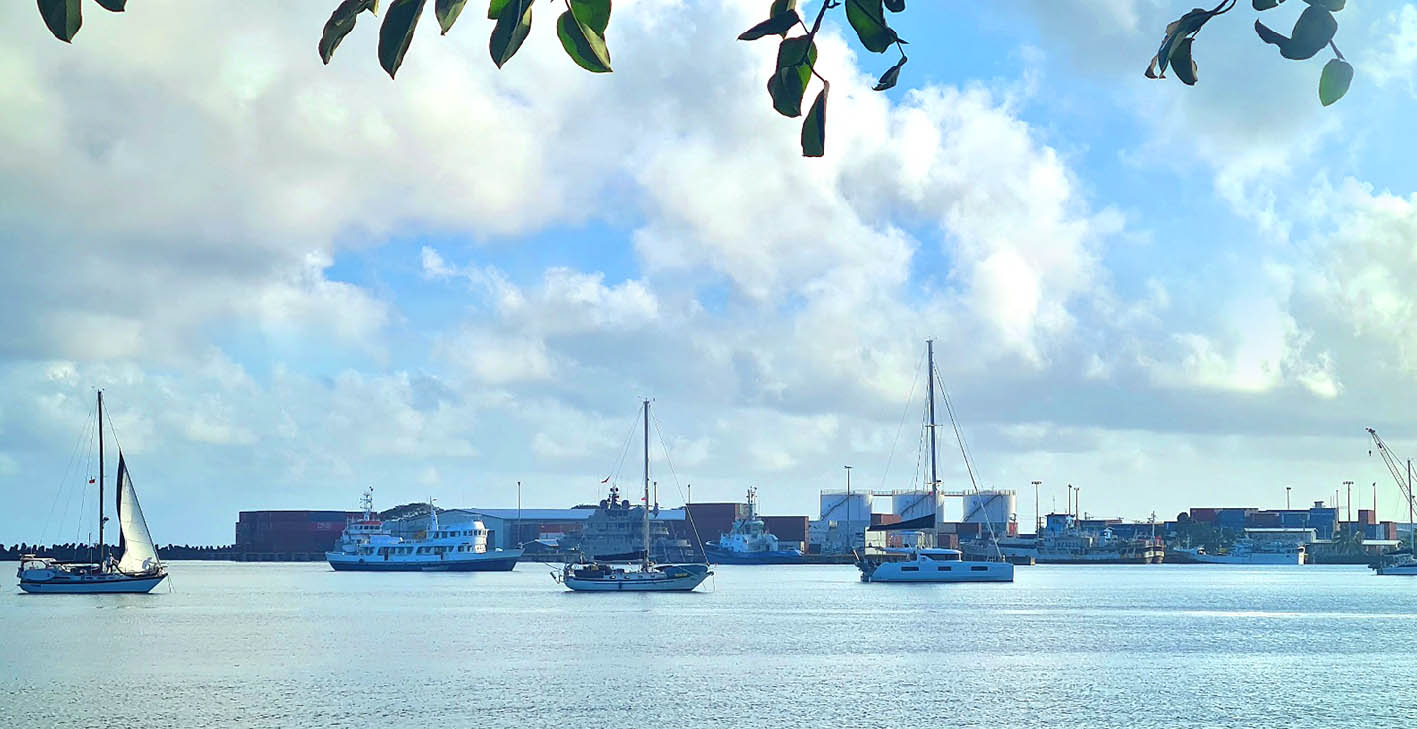 In the days following the official re-opening of Samoa’s borders to the world, Faleolo International Airport wasn’t the only place buzzing with the arrival of tourists and returning friends and family.

The trade-winds of fortune also blew in a good number of visitors aboard yachts, injecting some life into Apia harbour that hasn’t been seen for over 2 years. Locals took delight in seeing the unexpected yet charming view of foreign cruising yachts dotting the horizon - bringing home the realization that beautiful Samoa was well and truly open for business, adventure and relaxation.

With sea borders in Tonga remaining closed until further notice, port hopping cruisers who had plans to sail to the Kingdom, opted to head for Samoa instead before setting course for Fiji and New Zealand to finish off their Pacific tour.

The move has been welcomed by the business community based around the harbour with Apia Marina representative, Rachael Dempsey, saying the overwhelming response from cruisers has been how much they appreciated the warm reception and services from the Samoan people.

“Overwhelmingly I have been told by cruisers that it is easier to get things done here than at other ports in the Pacific” said Rachael. “They’ve also been very surprised at the number of highly skilled people we have here to assist them despite the small size of our country. They feel welcome by the people they’ve met as they go about their tasks or sightseeing. Most have come with little idea of what to expect in Samoa and so far most have left here expressing a great fondness for their time here.”

Austrian nationals Martin and Kerstin Giretzlehner have been sailing non-stop for two years onboard their 40 foot Catamaran, Infinity. After officially crossing the dateline and circumventing half the world when they sailed into Apia harbour, the couple spent two weeks in Samoa while they waited to find out whether their damaged sail could be repaired in Samoa. 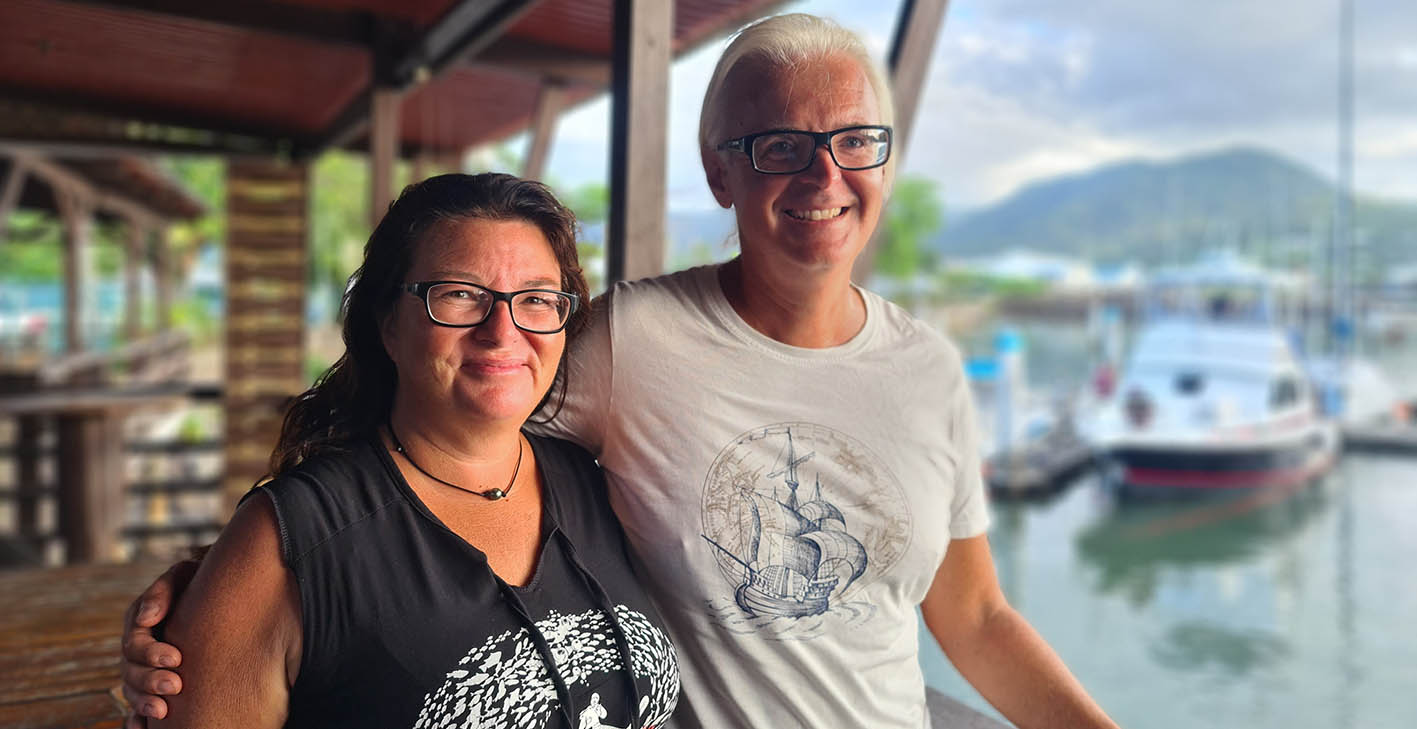 After spending five months in French Polynesia where they experienced a shortage of many supplies needed for long term sailing, Martin and Kerstin remarked how “easy” it felt to navigate their way around town and find what they needed in Samoa.

“Samoans are so friendly and helpful compared to some other places we went to in the Pacific” said Martin. “We noticed strangers greeting us in the street with smiles, it was a very different yet pleasant experience. The other thing we found is just how easy it is find goods or fruit and vegetables around the town area and for very affordable prices.”

‘It was very difficult to find even the simplest of foods like eggs in some places in the Pacific and when we did, it was very expensive. We didn’t have any expectations coming here (Samoa) because we know the lockdowns have been really tough for tourism everywhere but we were so surprised to find that we can go to any restaurant in Samoa and everything is ready and available. In the Society Islands we had to call the restaurant, days in advance to give our food order.”

Australian sailing couple Andrew Littlejohn and Cova Ostle who also followed the same course as the Giretzlehners, said their experience was similar, describing Samoa as a “Breath of fresh air.”

“We have been to French Polynesia but coming to Samoa has been a breath of fresh air” said Andrew. ”I think the language barrier was a challenge there but here it was so different, people were instantly welcoming and spoke English.” 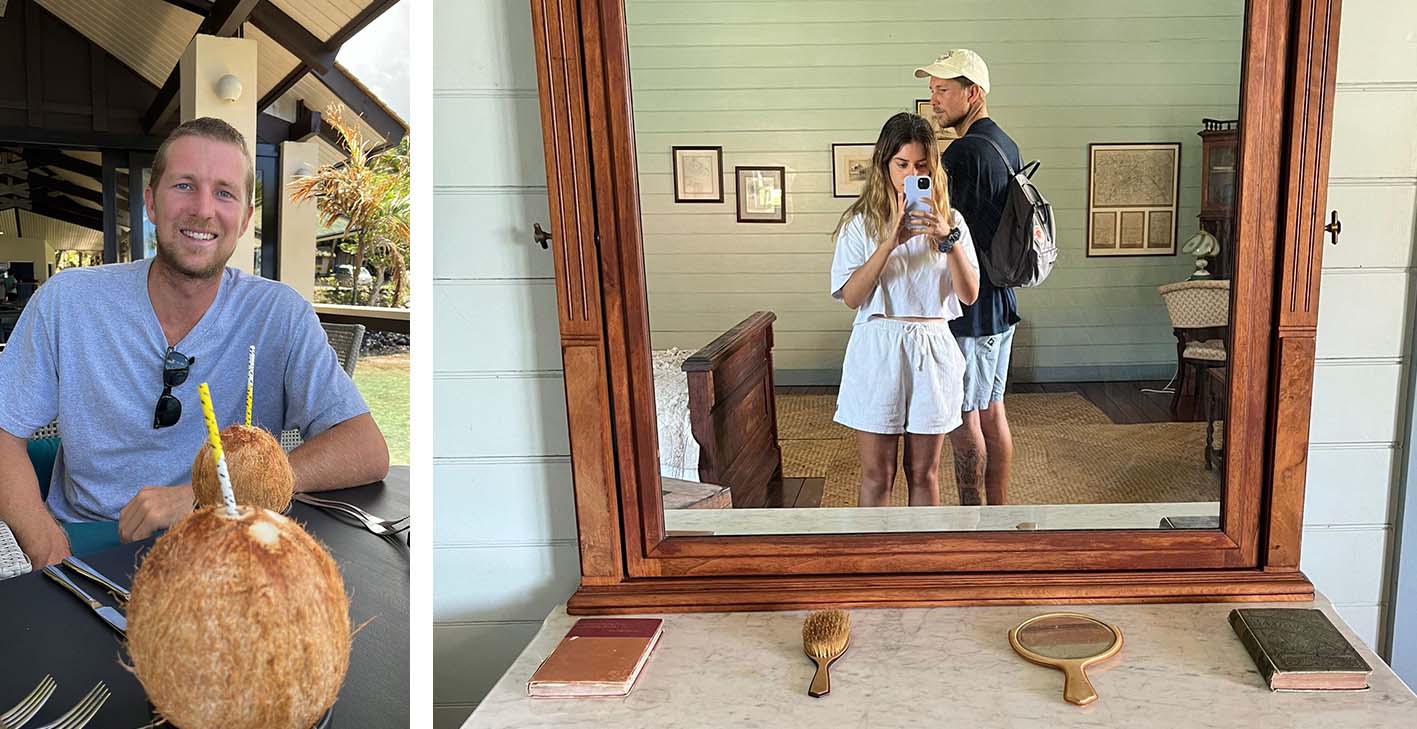 “We didn’t know much about Samoa before we came here, we just heard that there was good surf and friendly people. To be honest the people here have surpassed my expectations because of how friendly they are. I found that there’s a lot of similar meals here that I would find in Australia so that was nice too.”

Having arrived just before the week of Independence celebrations, the boating couples extended their holiday in Samoa to discover more of the islands. In just under 2 weeks, they attended the Legends Tournament (an annual fishing competition in the Samoa International Game Fishing Association calendar) checked out the activities and dance performances during the Celebrations and visited the main attractions in Upolu and Savaii.

Apia Marina’s Rachael Dempsey said the re-direction of yachts into Samoa was a wonderful development and a market that is worth exploring.

“The yachties will do a lot of word of mouth advertising for Samoa” said Rachael. “They are well connected among each other and are already spreading the word to their sailing mates, friends and families. So, if Samoa is not doing it already, it would be an idea to better understand how they plan their voyages and how we might insert Samoa as a destination in their pre-departure planning.

“Yachties want to know practical stuff and many compare experiences. I think there may be a gap about what they can expect when coming to Samoa that can be filled, especially around checking in/out, choosing to anchor in the harbor versus taking a berth in the marina, and “cruising permits” if they wish to visit Savaii on their boat.”

Meanwhile Cova, Andrew, Kerstin and Martin have since departed our shores, taking with them plenty of fond memories and stories which they plan on sharing with other Pacific bound cruisers,

“We would definitely recommend to other fellow sailors that they should consider coming to Samoa before heading to Tonga or Fiji. It takes longer but it’s worth it” said Cova. “We really felt like we didn’t stay long enough and despite being away from Australia for three years, we definitely see ourselves coming back to Samoa but maybe not by boat so we can have more time exploring.”