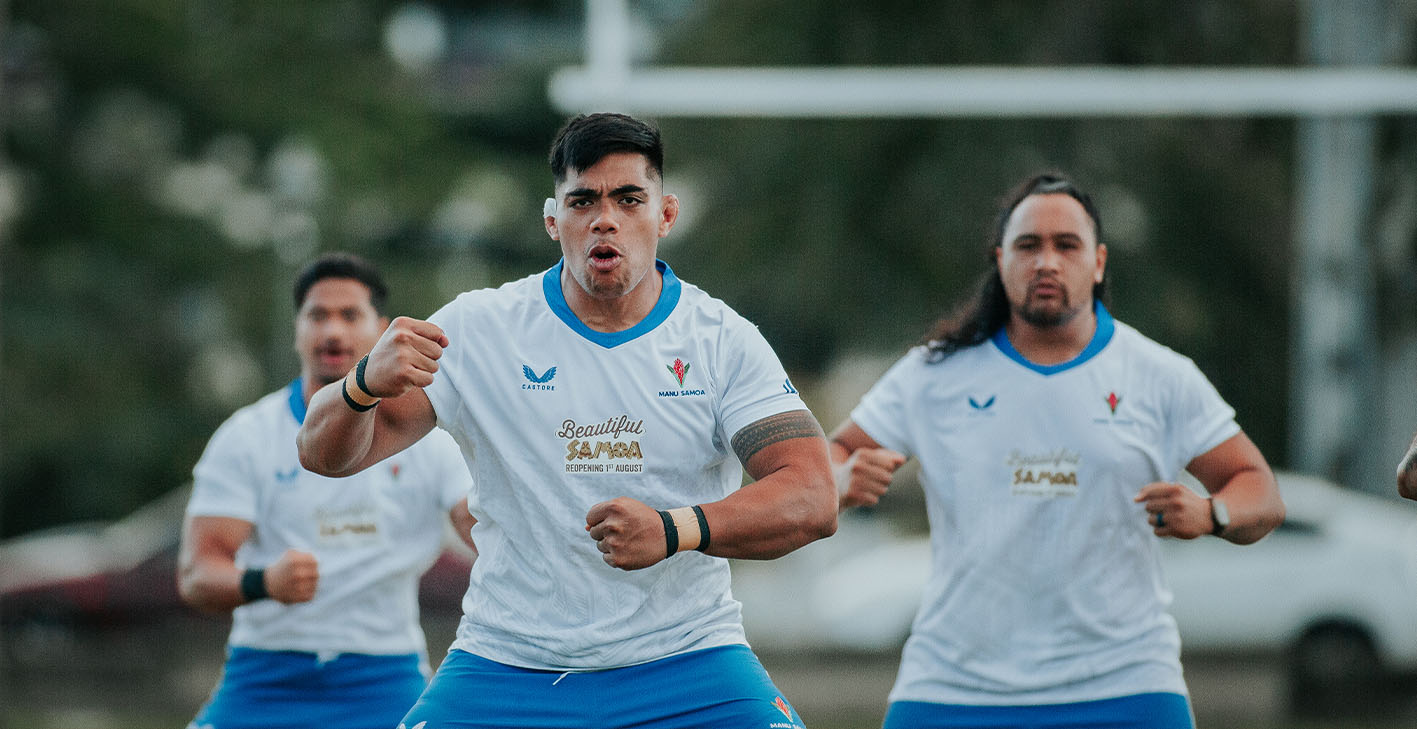 Samoa Tourism has today announced its support of the Manu Samoa national team, coming on board as the team’s Official Partner for the World Rugby 2022 Pacific Nations Cup, which kicks off this weekend.

The iconic Manu Samoa is taking part in the fifteenth edition of the tournament, the first in 2 years due to the Pandemic and Samoa Tourism Authority (STA) is thrilled to support the national team.

The partnership will see the ‘Beautiful Samoa’ logo and the ‘Reopening 1st August’ message displayed on the team's playing jersey and training kits, putting the destination front and centre at the region’s premiere  tournament.

The partnership announcement comes as Samoa prepares to reopen its borders to international visitors on 1st August.

Samoa Tourism Authority Acting CEO Kitiona Pogi said they are looking forward to showcasing the  Beautiful Samoa brand to an international audience, with the country preparing to welcome international travellers with open arms from next month.

“The pandemic has had a huge impact on Samoa’s travel and tourism industry since borders closed in March 2020, and we as a country are eager to welcome back travellers to enjoy our beautiful home and support Samoa’s economic recovery,” he said.

“It’s wonderful for us to be involved with Manu Samoa in a competition that showcases the best of Pacific rugby.”

Samoa Rugby Union CEO Faleomavaega Vincent Fepuleai said as international brands, the partnership makes absolute sense and the team is humbled by the support of the Samoa Tourism Authority.

“We are very grateful Samoa Tourism has come on board. Empowering and promoting Samoa are at the heart of what we do, so the partnership is natural,” he said.

“We’re delighted to promote Beautiful Samoa. We are a rugby-loving nation and an enchanting holiday destination that needs support as international borders reopen on 1st August.”

The Pacific Nations Cup will be televised internationally including New Zealand and Australia.

Less than four hours from Auckland and under six hours from Sydney and Brisbane, Samoa is renowned for its natural beauty and genuine hospitality, boasting a 100-year history of rugby after it was first introduced in 1920.