Be a part of the solution, download the Samoa Travel Tracer App 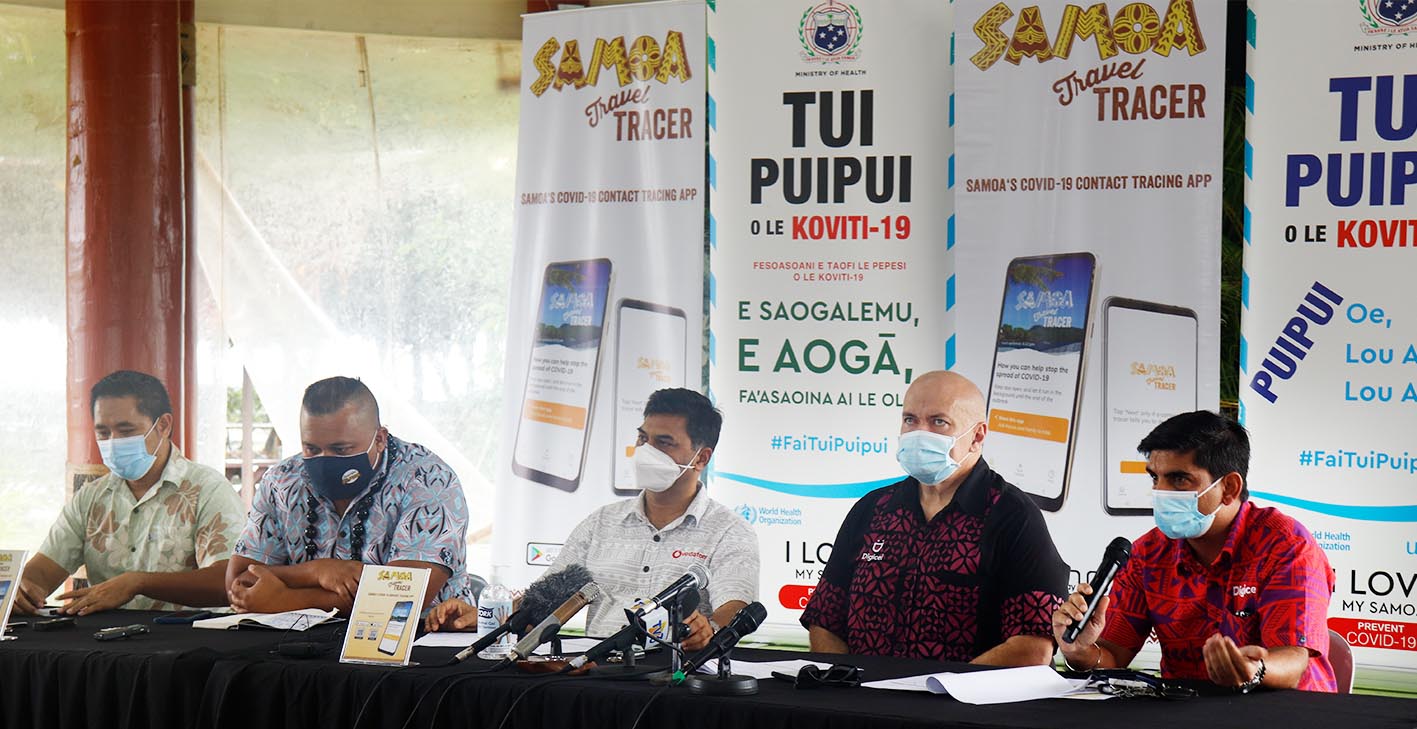 The Samoa Tourism Authority (STA) together with the Ministry of Health (MOH) and private sector partners, Skyeye, Digicel and Vodafone, held a press conference on Monday 31st January, appealing to all Samoans to download the Samoa Travel Tracer mobile application and strengthen efforts to protect the population from Covid-19.

Recent numbers provided by the Ministry of Health have shown 4,307 people in Samoa have downloaded the App, which only accounts for approximately 4% of smartphone users in the country.

“Since we launched the Samoa Travel Tracer App in September last year, we have been running continuous promotional campaigns across all media channels with incentives to encourage our people to download the public health and safety tool” said Faamatuainu. “However with the number of users at only 4%, there is the danger that that when the virus gets out into the community, contact tracing efforts will be severely stretched and that puts all of us at risk, especially considering there are over 30 confirmed Covid-19 cases in isolation.”

He added. “The purpose of today in bringing together key stakeholders - MOH, Skyeye, Digicel and Vodafone - is to encourage more people to download the app and clarify misconceptions and address concerns that are preventing our people from utilising the Travel Tracer app. “

The President of the Samoa Information Technology Association (SITA) and Skyeye CEO Fa’aso’otauloa Sam Saili who was engaged to develop the App, responded to the common misperception that the app compromises personal privacy by tracking people’s movements.

“Before developing this particular tracer application, we looked at all the different options currently in use by other countries and our research showed people are reluctant to install a tracer app if it traces their location, monitors their movements or stores information about their identity.” 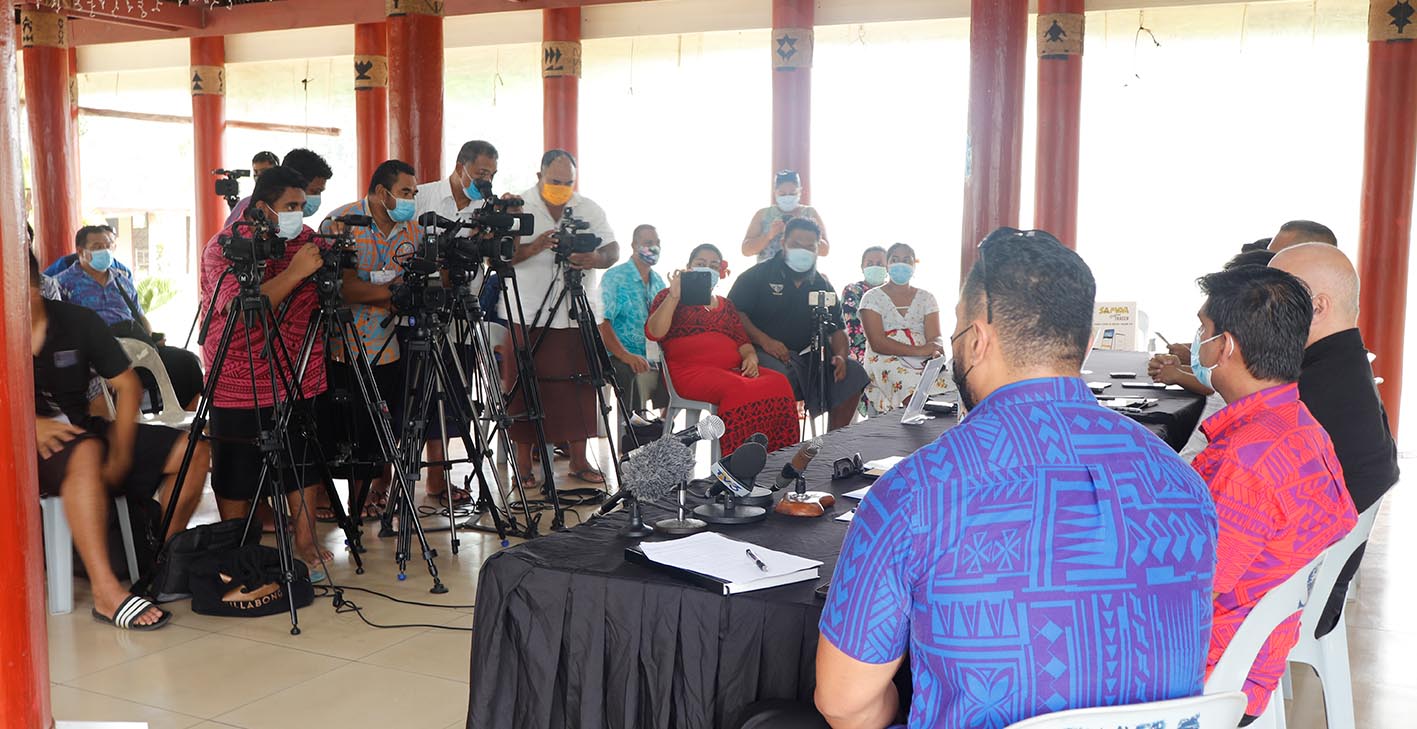 “We understand our people’s concerns with respect to their privacy which is why we decided to go with the BlueTrace protocol because it doesn’t track your location or store personal information such as name, gender or age. The other benefit of BlueTrace is that it doesn’t require our people to scan a QR code everywhere they go because not all mobile phones in Samoa have the capability and international analysis of this highlighted inconvenience as a factor among users.”

Deputy Director-General of MOH, Tagaloa Dr Robert Thomsen reiterated to the media the app only records other people’s phone numbers within Bluetooth-range and explained that in order to contain the virus as quickly as possible, health officials need to use the data from the app to ascertain close contacts of a confirmed Covid case and immediately inform them by calling the number.

“Even if you have tested positive for Covid-19 and are using the Travel Tracer app, we will still seek your permission first to upload the information to our server before accessing the data” said Tagaloa. “Once you download the app, you must leave your Bluetooth settings on at all times for the app to scan continuously. It would also help us if people didn’t change their numbers so often which is a common practice here in Samoa, please try and stick to one number especially during these times.”

Adding his support to the public appeal was Digicel Chairman, Pepe Christian Fruean who voiced his concern with the low number of app users recorded so far by the MOH and re-iterated to the media that the Travel Tacer app does not compromise users personal privacy.

“My message here is that 4% Travel Tracer App users is too low” said Pepe. “Our vaccination rates are nearly 90% - at a minimum, the numbers should significantly be higher and the appeal today is to invite the public to download the app confidently knowing your privacy is not at risk.”

“As Faamatuainu has emphasised, once you download the app and turn on your Bluetooth, you can just forget about it while it works in the background. The other benefit is that it needs minimum battery power and it doesn’t use any data. All the reasons why people might be discouraged from using it are based on fear and not fact.”

Pepe added. “Together, we ask of media and the public to be a part of the solution by downloading the app. We are here today to give people confidence that the app is for the purposes of supporting public health in Samoa and Government’s initiatives to keep Samoa safe.”