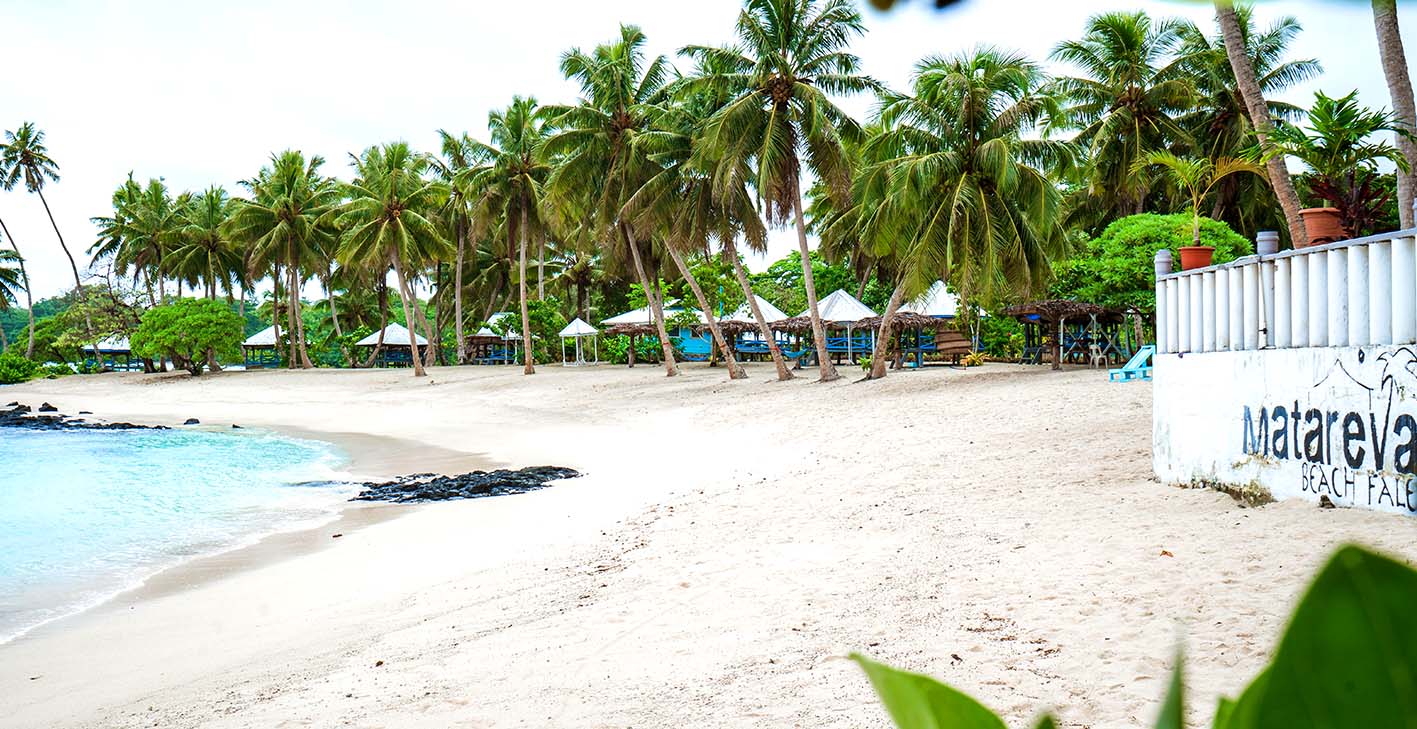 While tourism in the region has come to a standstill as a result of the Pandemic and many operators have decided to close permanently or temporarily as a result, Matareva Beach Fales on Upolu’s iconic South Coast has decided to buck the trend and remain open.

It was a very tough call for the business to make, but General Manager Leota Fiau’u Faletoese says it’s the best choice they’ve made.

“We’ve had to make some hard decisions along the way and we’re grateful we are in a position to continue operating despite the economic downturn” said Leota.

The domestic market has been a life saver according to Leota.

During weekdays, Leota says “they’ve accommodated day visits and overnight stays and during long weekends and holidays, there would be additional demand”. “From family gatherings to meetings, we’ve been able to cater”, added Leota. “We’re grateful for the domestic market which has kept us going during Covid but also, it’s provided us the opportunity to be in a position to more readily welcome back our overseas guests when it is safe to reopen borders”.

Samoa’s international borders have been closed since the State of Emergency was declared in March 2020 to protect the country from Covid.

By staying open Matareva Beach Fales has been able to implement some of its development plans.

Prior to the measles epidemic, renovations and an extension were in the pipeline and despite the challenges associated with the pandemic Matareva Beach Fales has used the time progress these plans.

Leota said they have managed to build 7 new overnight fales, bringing the total to 27. These (beach fales) have walls for privacy and have been built specifically for those wanting to spend the night. There are also 34  day-visit fales spread out on the absolute beachfront property, taking the total number of fales to 61.

A new beachfront Cabin was also built as part of the new developments. The Cabin is an addition to 2 self-contained Cabins which existed prior, that cater for families and groups.

Matareva Beach Fale also has its own bar and restaurant on site and a big fale for gatherings and meetings.

It recently redeveloped its website www.matarevabeach.com, which is capable of handling online bookings.

Matareva Beach Fales is located on one of Samoa’s best known beaches and the property has an ongoing marine protection project onsite that aims to preserve its marine environment and grow coral.