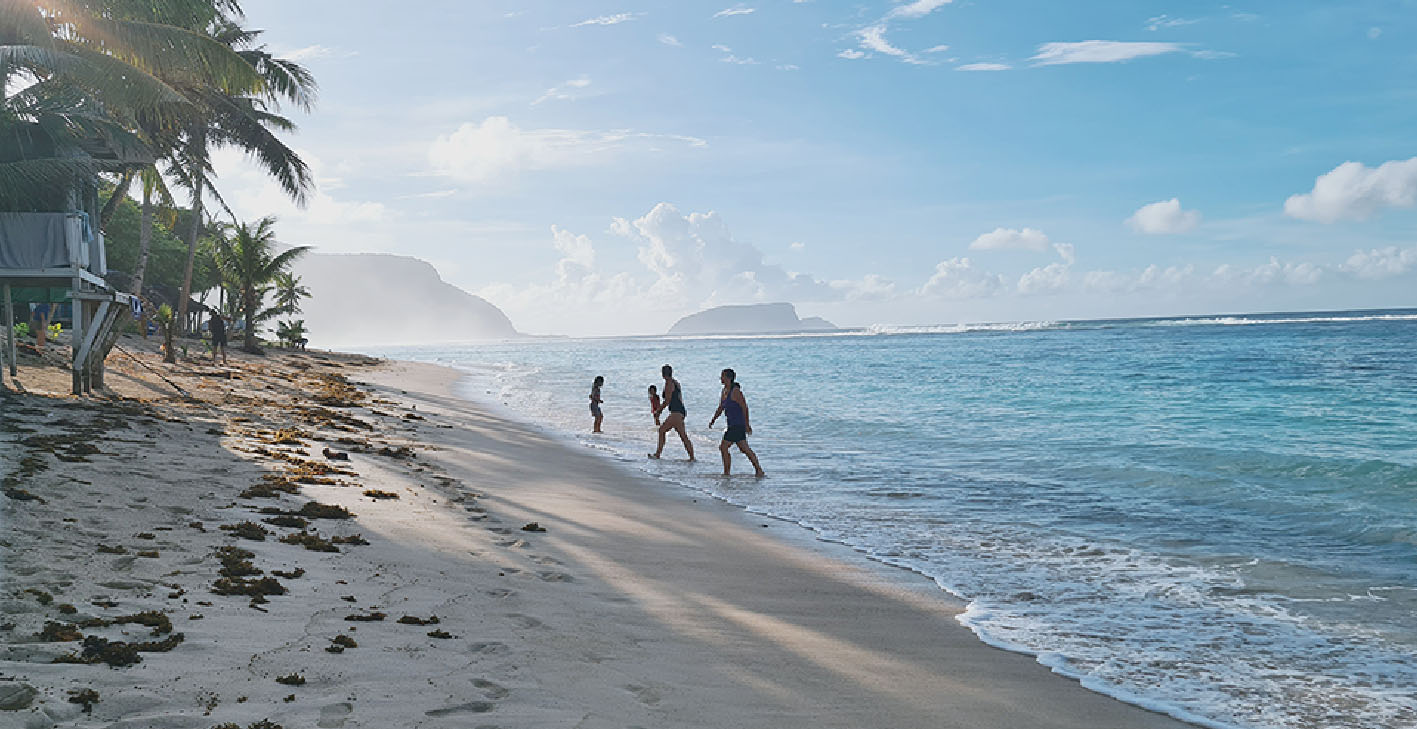 There’s nothing more quintessentially Samoan than a great-value beach fale experience offering guests the million dollar views without the hefty price tag. These quaint architectural traditions dot the coastline allowing travellers the convenience and novelty of “beach hopping” around the islands.

Before the great lockdown, Beach Fales were popular with diverse markets including families, couples and backpackers - all looking for that authentic experience that would connect them to Samoa’s natural environment rather than merely existing as observers.

Like the rest of the tourism industry, beach fale operators have been struggling financially without the international tourism market.

However the silver lining to this story is that beach fale operators will be able to recover quickly from the impact of the global pandemic thanks to century’s old indigenous knowledge. 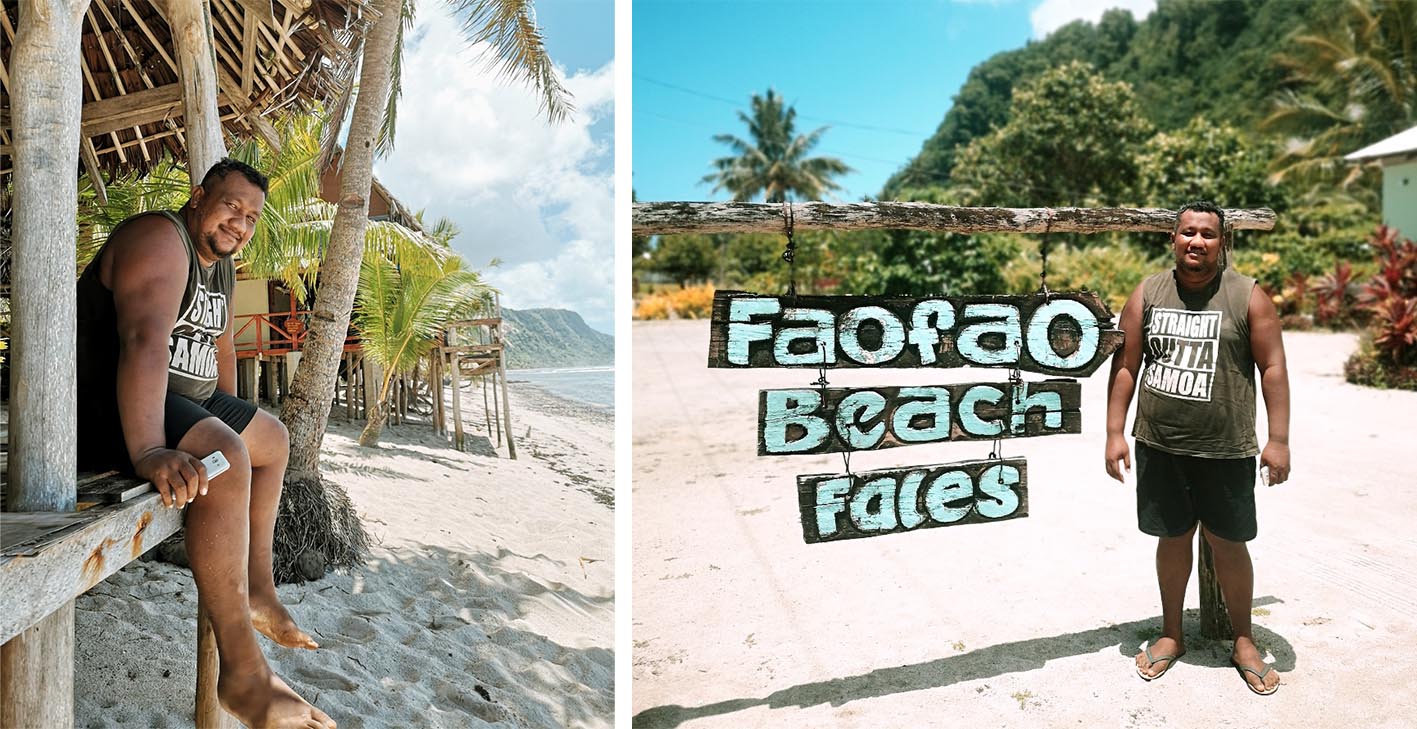 The simple but open walled Samoan fale is purpose built to allow strong winds to pass through, both cooling the space and reducing humidity while the use of coconut fiber instead of nails to bound wood posts and roof means the fale can bend and flex under pressure without breaking.

In much the same way, owners of Taufua Beach Fales in Lalomanu are adopting the “beach fale mindset” during the economic crisis by remaining flexible and generally “going with the flow” at this time.

"We are not rushing to update or build new facilities because we don’t know how long this pandemic will last so we are just going with the flow” said owner Fa'afetai Taufua “ Once we get the official word from Government that we are opening the borders, we will begin construction.” 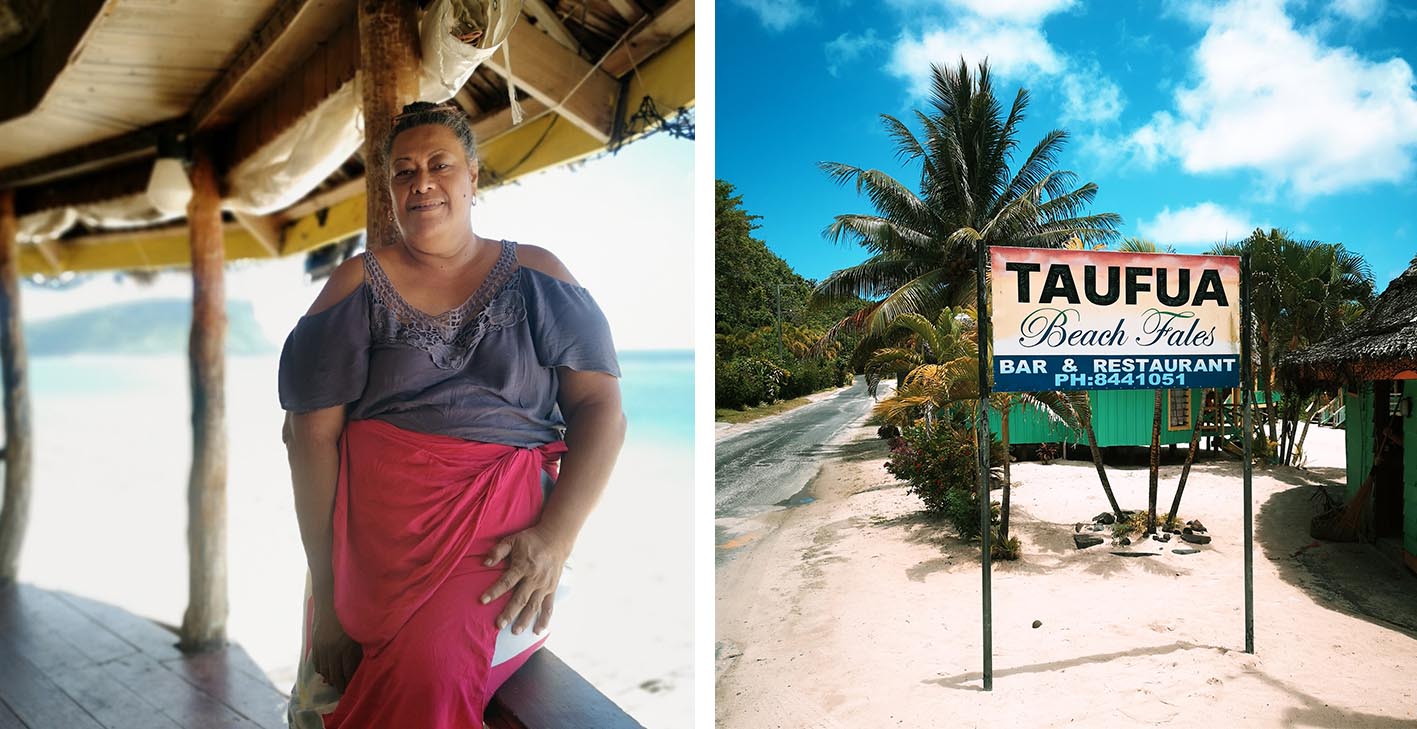 Taufua Beach Fale is perhaps the most photographed beach fale accommodation in Samoa. They opened in 1987 starting off with just a few fales and have expanded over the years to 16 beach fale, 9 villas and 10 units.

Fa'afetai and her family let go of their staff since the breakout of the measles and they have been running the business alone. They have managed to keep the environment and properties in good condition and have served local guests since the lockdown.

"Despite not getting the same income we used to before, we are still welcoming locals who call in and want to stay with us for few days. We are happy to say that our fales are used almost every week as families are still coming around" Fa'afetai said. 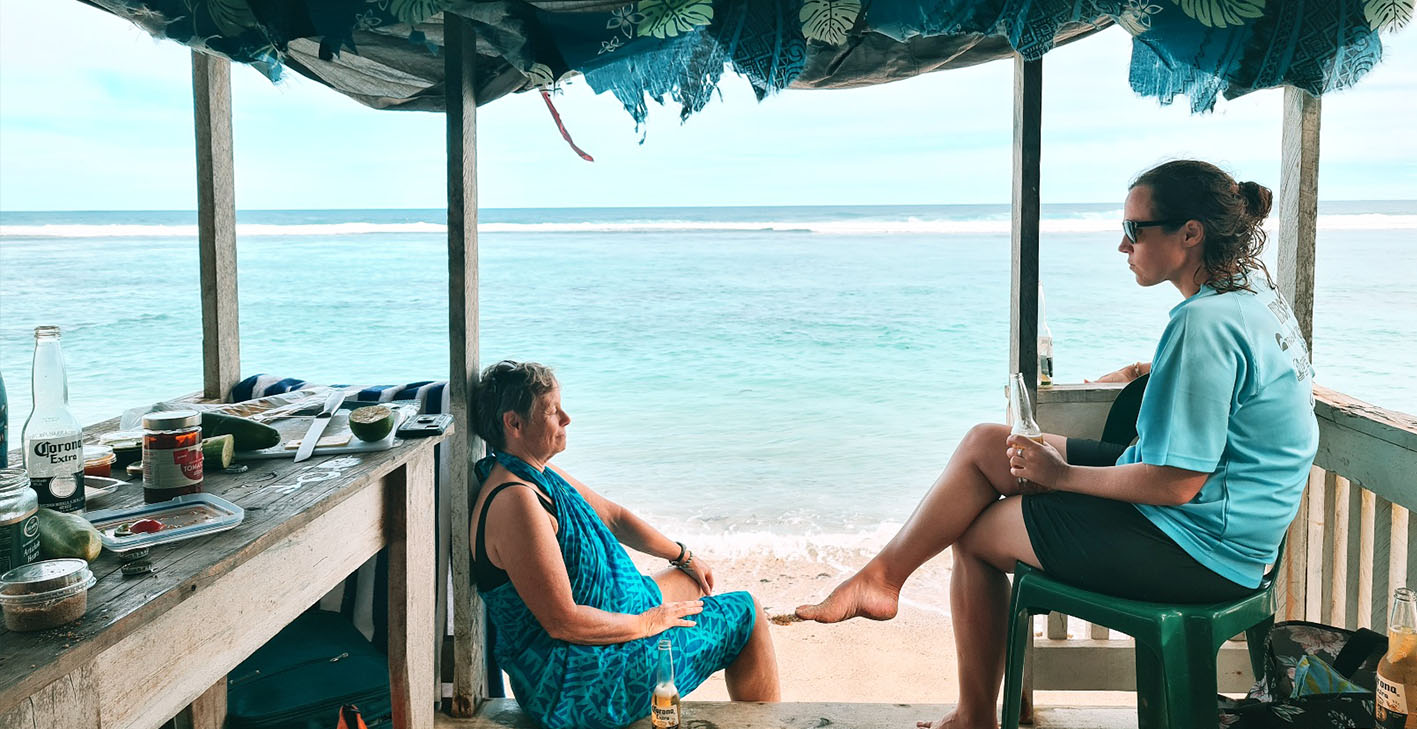 Along the same beach stretch, newcomers to the beach fale scene, Lululosa Bar & Restaurant, opened three years ago hoping to take advantage of the tourism boom in 2019 but instead were hit with the devastating impact of worldwide travel restrictions.

Manager, Melisa Smith said that although the Covid blindsided them, they have learned the lessons of needing to prepare ahead with a well-developed business plan to help them cope and adapt during a crisis.

“Looking back to when Covid didn’t exist, we didn’t really take the time to sit down and sketch out a plan B if there’s a crisis. We had looked at ways to adjust and cope when it comes to natural disasters but this pandemic was never on the list of things to look at.” Melisa said

“There are many other initiatives available to look at such as starting a plantation, maybe growing vegetables that we can sell. This can keep us going so that as soon as Samoa opens its borders we are also ready to cater to tourists.” 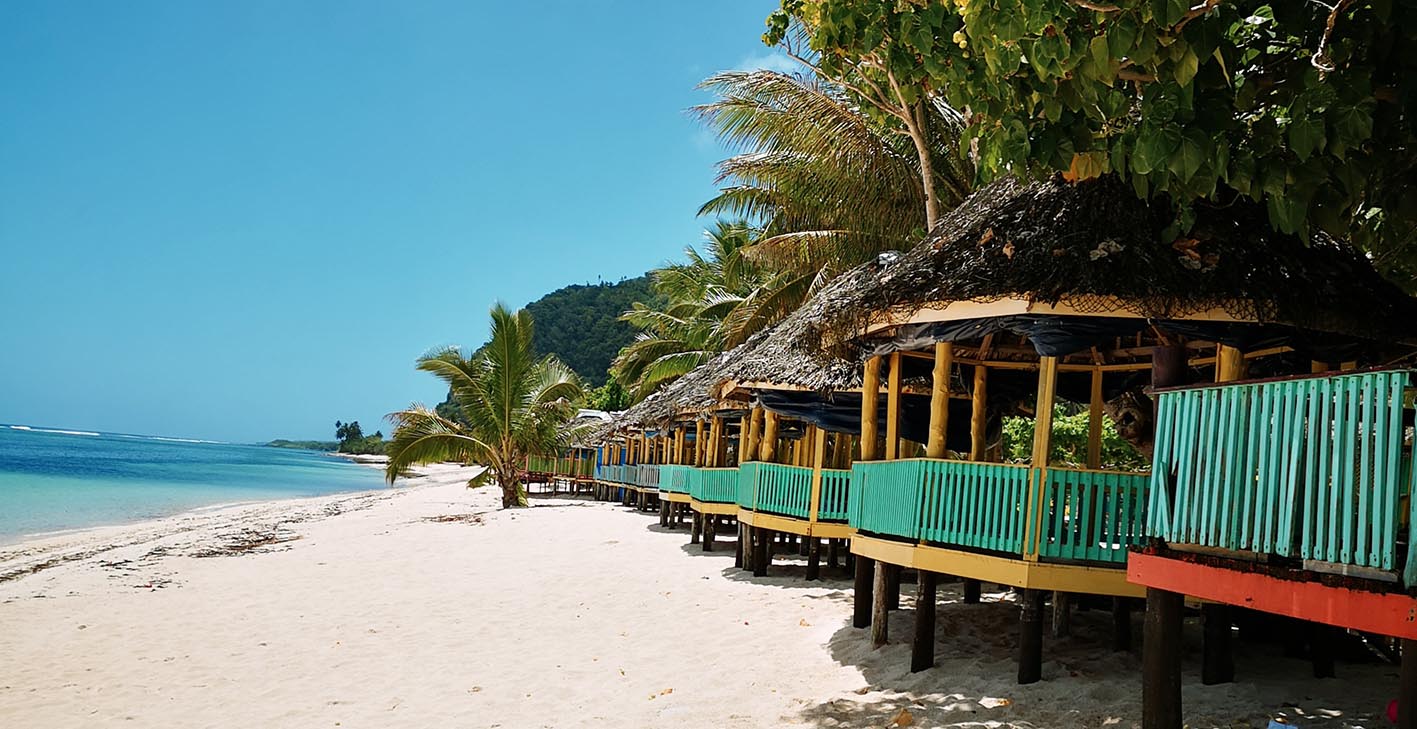 The two-star hotel has a total of 12 rooms and 10 beach fale needing urgent repairs and maintenance if they are to be ready for when borders are expected to be open this year.

“It has been two years and few months now, we haven’t been back to our normal standards. We had to let go of the staff that were helping our family business because things have changed now.” Auva’a said.

“The rooms haven’t been used for so long now and we are looking at repairing all the air conditioned rooms and other renovations before borders are open again.”

Despite the financial hardships, Auva’a remains optimistic and has taken this time to re–think their business strategy and appreciate what they have.

“Despite the situation, the pandemic has given us time to relax and focus more on areas that that require attention. It has also given us an opportunity to not always rely on money but also to make use of the resources that surround us which can make our beach fale unique from the rest.”