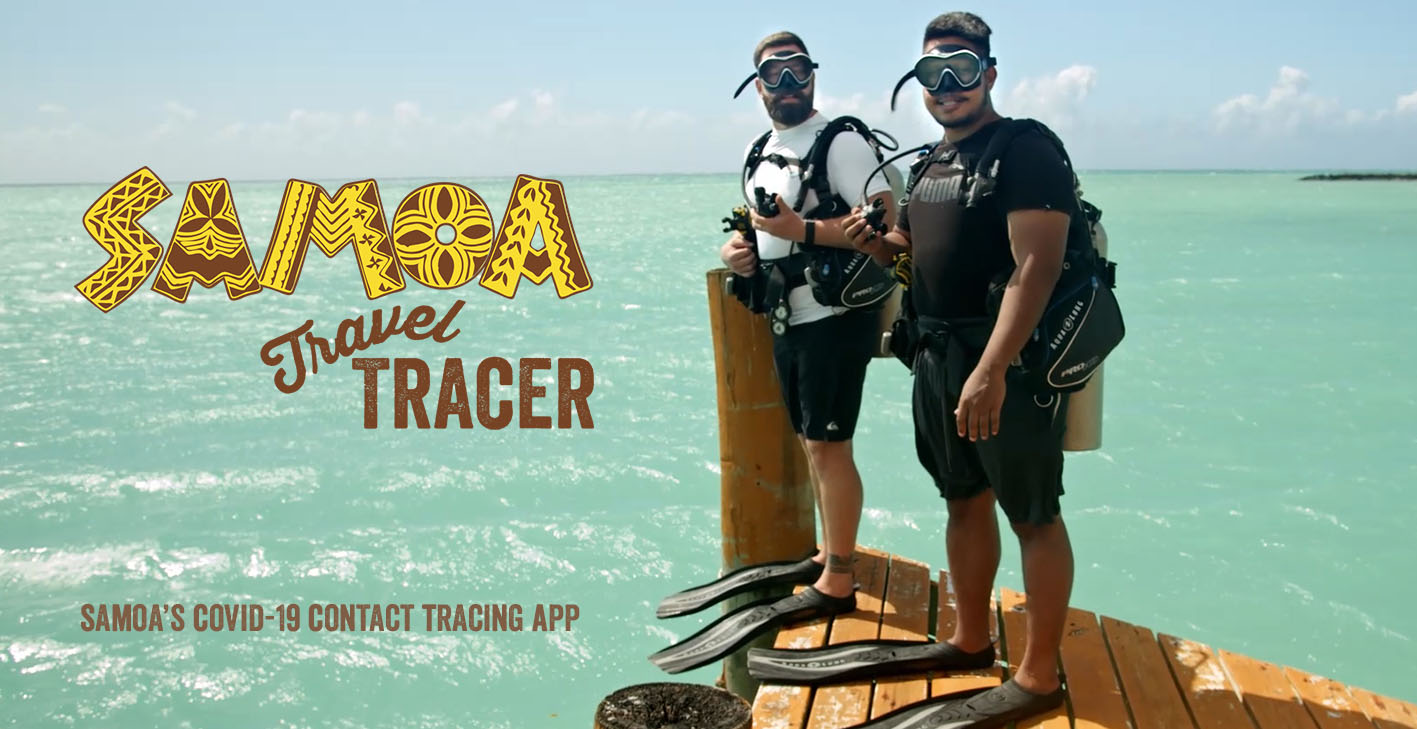 Since Samoa’s Travel Tracer application for mobile phones was launched at the start of September, approximately 1500 people have downloaded the digital contact tracing tool according to the Ministry of Health’s records.

However local developers of the smart app, Skyeye and the President of the Samoa Information Technology Association are concerned the numbers are too low to be effective in the immediate impact of a potential Covid 19 outbreak in Samoa.

It’s been documented in a recent Harvard Business Review that the adoption rate of a tracer app needs to be approximately 40% (sometimes 60%) of the population to effectively contain the spread the virus.

To increase the number of registrations around the country, the Samoa Tourism Authority (STA) are running continuous promotions of the Travel Tracer with a comprehensive media campaign raising awareness through television, radio and newspaper advertising.

Providing incentives through online competitions through their Download and Win Promotions are gaining traction and STA will soon launch an awareness drive through partnerships with local tourism and hospitality businesses this month.

Despite not having any confirmed cases in Samoa, Skyeye CEO and President of Samoa Information Technology Association (SITA)  Faasootauloa Sam Saili strongly urges the public to be proactive in downloading the app before the virus hits our shores.

He explains a contact tracer app needs to have a strong network and their value to any user depends on how many other people have downloaded the technology.

“The measles outbreak in 2019 has taught us that we need to be prepared as much as possible to save as many lives as we can” said Faasootauloa. “We don’t know when the virus will get here but when it does; we need to contain it as fast as possible. To do that, we need to immediately understand who has been in contact with persons with confirmed Covid-19 so the health authorities can get in touch with them as quickly as possible.”

He adds, “The benefit of this app is that you can download it and forget about – it doesn’t affect our daily lives or routines. Think of it as like a safety net that we can immediately deploy to contain the virus when it hits our shores.”

Faasootauloa says the low numbers of registered users reflect people’s reluctance to download technology that could compromise their privacy and record their location. However these fears are one of the main reasons why they selected the Bluetooth Tracing framework instead of the QR code/Venue based system.

“Our research showed that people are very reluctant to install a tracer app if it traces their location, monitors their movements or stores information about their identity so that was a big challenge to ask people to download an app” he said.

This is why we decided to go with Blue Trace because it doesn’t trace your location or record your movements and other personal information such your name, age or gender.”

He added “The Blue Trace only requires your Bluetooth mode to be on at all times. When your phone is close to another phone with Bluetooth tracing the two phones exchange keys and records phone numbers in a log. If one of the two phone owners test positive for Covid-19, they are asked by public health officials for their consent to voluntarily upload the data to a the MOH server so they can check all the numbers that came close to you within the last two weeks.”

Blue Tracer is an open source platform that doesn’t require a purchased license and the Skyeye team, in partnership with Samoa Tourism Authority and the Ministry of Health, were able localize its features to fit our needs and capabilities in Samoa, making it extremely accessible for the majority of the country’s population,

“Using this app doesn’t require users to have a camera on their phone or continuously scan QR codes. It requires very little battery, data and storage - this is the best technology that works for Samoa.” Said Faasootauloa.