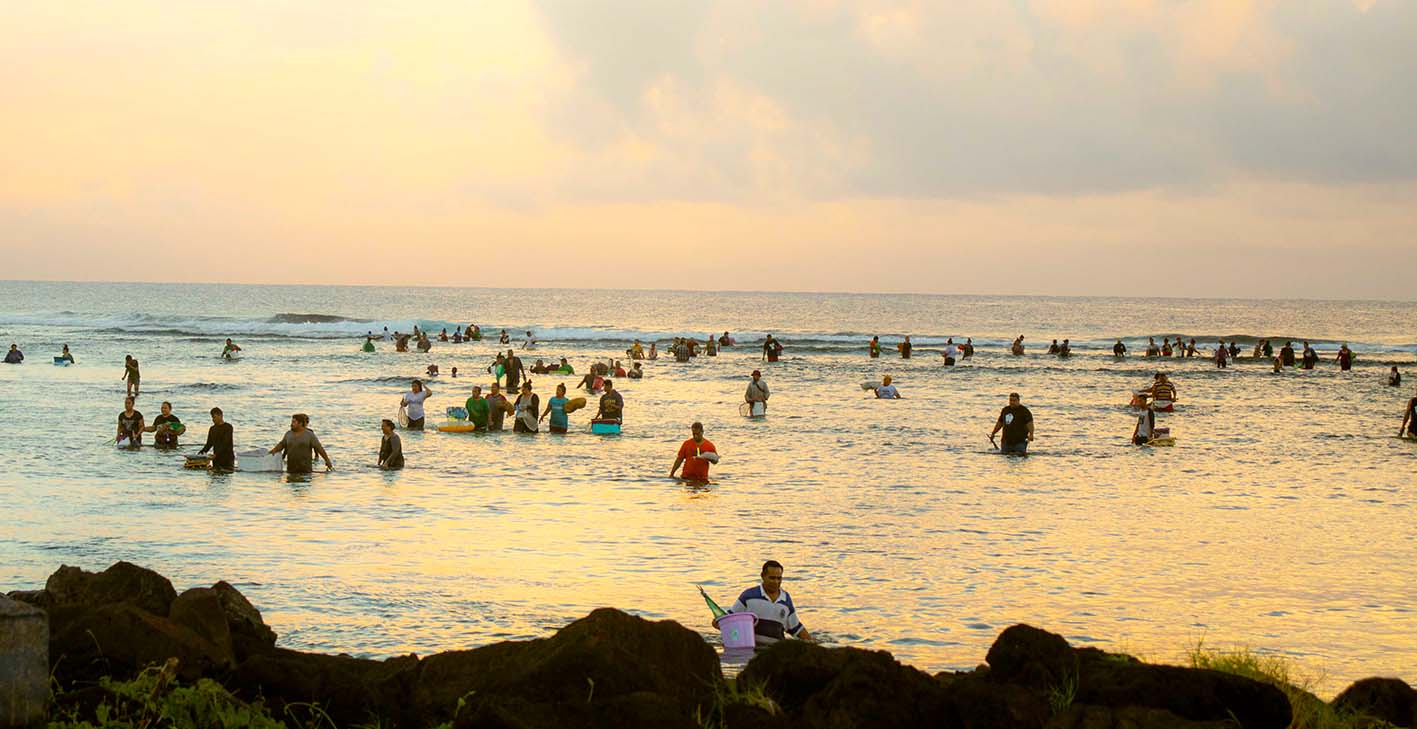 It’s Palolo Season and the Big Island was abuzz with the first rising of the year and the 2nd Annual Savaii Palolo Festival which took place on 27th – 29th October.

Now in its second year, the event was inaugurated by Savaii tourism businesses to celebrate the spirit of Palolo in unique Savaiian style.

The initiative is part and parcel of ongoing domestic marketing activities which are aimed at stimulating demand and supporting tourism business operators.

Visitors to Savaii booked out beach fales, hotels and resorts with many operators having to fully reopen to cater to the surge in demand.

The Minister of Tourism Honourable Toeolesulusulu Cedric Pose Schuster officially opened the event and in his remarks shared that the majority of properties throughout the big island had been fully booked by eager palolo-catchers as well as those attending meetings and other events on Savaii.

Organising Committee Executive Tupa’i Saleimoa Vaai acknowledged the importance of the event especially for Savaii given the current situation with the Pandemic and shared his excitement in underlying that the event also aims to create awareness about the importance of reef ecosystems and traditional preparations to harvest the delicacy.

In addition to the Palolo Festival, the Big Island also hosted, during the week, the first game in the Samoa Rugby League ‘Islands of Origin’ contest.

The second Palolo rising for the year is predicted to happen towards the end of November.