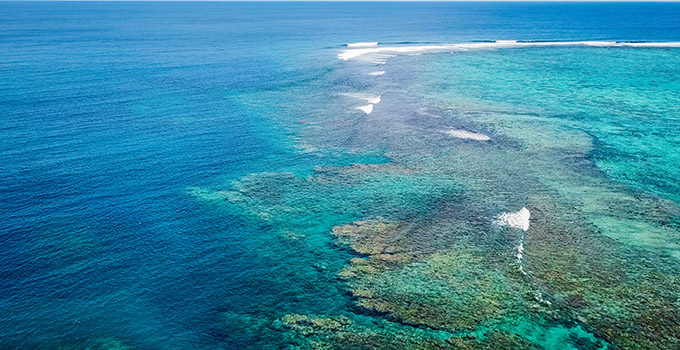 The village of Moataa is in high spirits after the launch of its Mangrove Restoration Eco-Tourism Project which was developed through a partnership between the U.S and Samoa Governments.

Samoa Tourism Authority (STA) joined forces with the Ministry of Natural Resources & Environment (MNRE) and the Ministry of Agriculture & Fisheries (MAF) as the implementing agencies providing support to and working with the Moata’a village council to develop the project.

Funding was provided by the U.S Government through its Apia Embassy and totalled $US49,000, while over $WST42,000 was provided under the EU Water & Sanitation Project coordinated by STA and MNRE for the construction of the Garden Toilet.

During his opening remarks, Caretaker Prime Minister, Hon. Tuilaepa Sailele Dr. Malielegaoi says "This project has become one of the good examples for every village in Samoa that has a mangrove conservation area. The importance of mangroves cannot be questioned. The beginning of this year we celebrated World Wetlands Day as well as Water and Forest Day, this celebration leads with a good message that we have to work together to protect our environment for the future of our children’

He also highlighted the village’s contribution and acknowledged their support in making sure the project becomes successful.

"Thank you to the village council (Alii ma Faipule) and everyone who takes part in this project. This is also included in the Government's Samoa 2040 plan... looking beyond for the next 20 years for ways to protect our own ecosystems and environment surroundings," added Tuilaepa.

"The Moataa Mangrove Restoration Project is an excellent example of how a small grant can benefit both the environment and the community. Moataa’s work shows the greater community, your neighbours, and your country the value of these mangrove forests. Your community efforts echo the United States' commitment as shown by President Biden’s focus on this critical issue," said Yoo.

Faamatuainu Lenata’i Suifua, CEO of Samoa Tourism who is also a son and Chief of the village stressed that ‘This milestone is a great achievement not only for the environment, but also for tourism. This is a win-win situation for everyone given the impacts of climate change’.