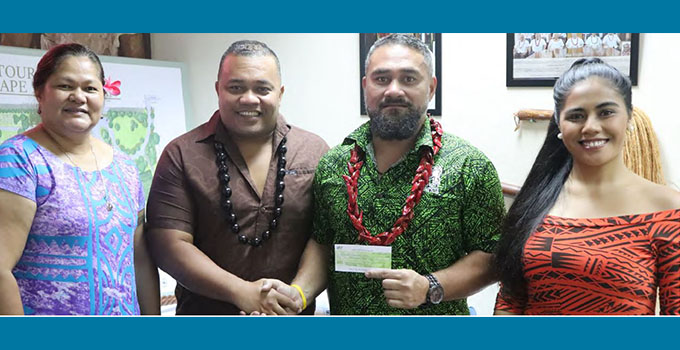 The STA CEO, Faamatuainu Lenata’i Suifua was pleased to provide support and work in partnership with Marist Club.

“This international event has been attracting a high number of international visitors to Samoa over the years, and continues to build the capacity of our local talents for international arena which would in turn become ambassadors of our Island nation.”

Marist Club President, Faimalomatumua Mathew Lemisio received the assistance and acknowledged STA for its commitment in promoting tourism through sports.

“The Vailima Marist International Sevens and Sports platforms have always been in line with the vision of Government in increasing visitor numbers, and we are looking forward to strengthening this partnership going forward.

The 32nd International Marist 7s is held for two days this weekend at the ACP Marist grounds in Lotopa.