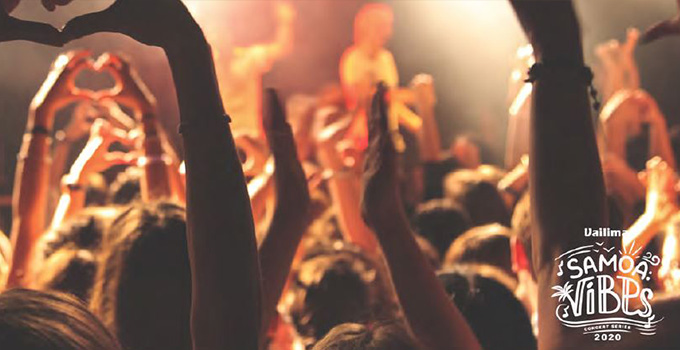 Newly established local events company JK Entertainment has partnered with Samoa Tourism Authority (STA) for Samoa’s own concert series, which is in line with STA’s partnership with the private sector in providing monthly events.

The concert series will feature 4 events which will be held in Apia during the year. The first Vailima Samoa Vibes concert will be held on Friday 13th March and future events are planned for May, August and November.

JK Entertainment is the brainchild of Magele Johannas Keil, Dwayne Bentley and Paratiso Foaiaulima. The trio who have years of experience in event operation, management and marketing recognised the opportunity to develop a series of events which celebrate great music and our capital city Apia and formed the entertainment events business.

‘We are committed to becoming major destination events and are delighted to collaborate with the like-minded team at Samoa Breweries who have signed-up as our exclusive naming rights sponsor to bring Vailima Samoa Vibes to reality’, said Magele Johannas Keil.

Magele added that ‘we are also very grateful to Samoa Tourism Authority, Samoa Airways and Taumeasina Island Resort for their support ,and acknowledge that without their partnership, our concert series would not be possible’.

The headline acts for the inaugural Vailima Samoa Vibes on 13th March will be revealed soon and tickets will be available for sale well before the first event.

While Vailima Samoa Vibes will predominantly target the local population, the concerts will also be positioned as a must-experience activity for visitors.

The concerts will feature popular international and local artists and bands and the organisers will also use Vailima Samoa Vibes to showcase local talent and promote music as a career choice.