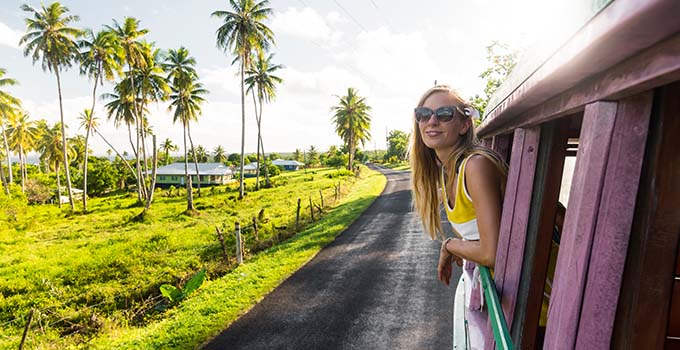 The first quarter of the financial year which traditionally has been our strongest during our peak season achieved excellent growth of 15.8% driven mainly by growth though our sports visitors in July and consistent growth in our business travellers for the period.

All our major markets performed well for the quarter with the exception of our New Zealand market which remained stagnant. Our Australian and US market achieved growths of 9% and 10% respectively while our American Samoa market continues its rebound from last year numbers achieving growth of 13% for the quarter. Asia grew by 56% driven by countries outside of our traditional markets China, Japan and Korea while the Europe achieved growth of 16%. The rest by 180% with growth mainly attributed to sports and business travellers from the pacific region.

As previously stated, our Sports and Business markets are the top performers for the quarter. Our sports travellers on the back of the SPG grew by 829% or 4,867 more visitors in absolute terms increasing its total share of visitors up to 1% from 9% in compared to the same quarter in 2018. Our Governments continued drive to host global and regional meetings is certainly having a positive effect on our visitor numbers with business travellers increasing by 52% and accounted 8% of total visitors for the quarter.

The increase is slightly more relative to the growth in overall visitor arrivals and this is largely attributed to the significant increase experienced in our Business market, as well as our Australian and Asian markets which have a higher average spend per visit.

The increase in those staying in paid accommodation has also translated to an increase in our average occupancy rates for the quarter with an overall increase in weighted average from 58.6% in 2018 to 61.7% this year. Our Deluxe product performed particularly well increasing maintaining its weighted average over 80% to 80.2% especially after the high of 81.9% that was achieved last year due to the unavailability of rooms offered by Aggies Bungalows in town which decreased the stock on offer and leading to higher than normal averages recorded by the other Deluxe properties. All of our other categories also recorded solid increases in their respective occupancy rates with our Superior recording the biggest net increase from 62.5% to 71.3%.

Aviation Capacity for the period increased by 2055 in absolute terms or grew by 2.5% when compared to the same quarter in 2018. The increase is a direct result of the new Brisbane route operated by Samoa Airways that wasn’t in operation last year which offset reduced capacity due to less flights operated out of Auckland and Nadi by Air NZ and Fiji Airways respectively. Air NZ with its reduced capacity actually increased its overall visitors and is the best performing of all routes achieving utilisation rate of 89%. Samoa Airways utilisation out of Auckland and Sydney have both decreased for the period from 77% for both routes in 2018 to 72% this year which is a concern as we were expecting our national carrier to build on last year’s results.

The total additional capacity of 2055 seats translated into 5029 additional air travellers resulting in overall utilisation increasing from 76% to 80%. The increase in utilisation has resulted in a reduction of total empty seats to 17,474 to 20,448 recorded for the same quarter last year.