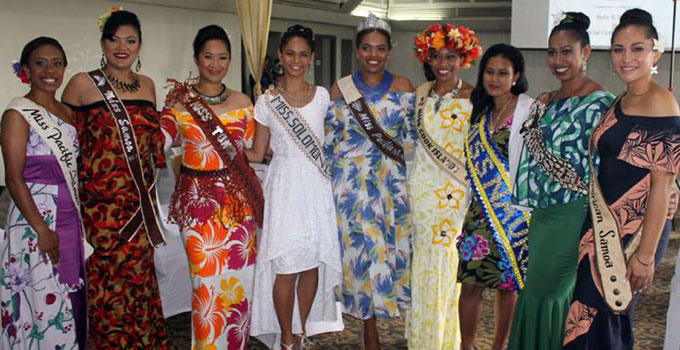 The 31st Annual Miss Pacific Islands Pageant Organising Committee has officially announced the contestants for this year’s Pageant which will be held in the newly developed city of Nadi in Fiji, the place where happiness meets you.

Nine beautiful contestants will be vying for the crown, which is currently held by the reigning Miss Pacific Islands, Anne Dunn of Fiji.

It further transcends the unity between the Pacific Islands with regards to their unique values which encompass the respect given to their women, adding strength and nurturing the fusion between the respective Pacific cultures.

The pre-Pageant activities begins with an official gathering of Contestants for the initial briefing of all Pageant related events by the Miss Pacific Islands Pageant Secretariat and the host Organising Committee of Fiji.

The nine Pacific Island Beauties are:

Other formal activities for the ladies include attending a church service on Sunday at the International Full Gospel Church in Nadi, visits to tourism sites and resorts, before the judged events and categories spread throughout four Pageant

Contestants all arrived in the weekend and kick start the Pre-Pageant week of activities.