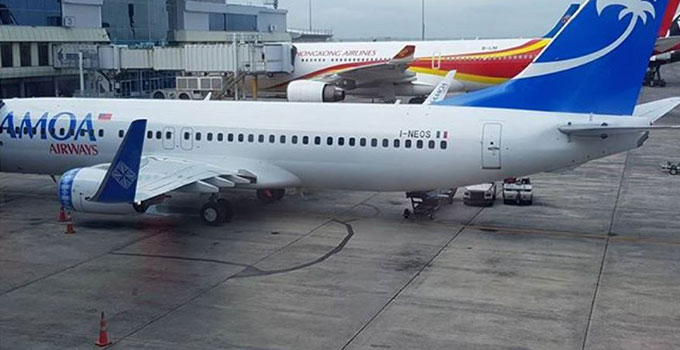 Samoa Airways has received pleasing early support from the travel trade, not only around Auckland but also in other parts of New Zealand.

This has helped generate strong initial business from centres such as Wellington and Christchurch,” said Mailo Tiaga (Alfred) Senara, Regional Sales Manager for Samoa Airways in NZ add Australia who’s based in Auckland.

At a lunch in Auckland immediately following the arrival of Samoa Airways’ inaugural flight from Apia to Auckland, various trade representatives briefly stood up and welcomed the new entry to the market.

The Prime Minister, Hon. Tuilaepa Fatialofa Lupesoliai Dr. Sailele Malielegaoi, has highlighted the importance of the country determining its own destiny as far as air travel was concerned.

“This is indeed a momentous occasion and this development is one that our country needs and should have done a long time ago.”

The Prime Minister praised the joint venture Samoa Airways plans to keep with Fiji Airways. The current arrangement between the two airlines sees Fiji Airways provide connectivity with the United States on a code share basis.

There is a deeper partnership in the pipeline with details likely to be released soon. Samoa Airways is using a 170-seat two class B737-800 with eight seats in business class, and 162 in economy.