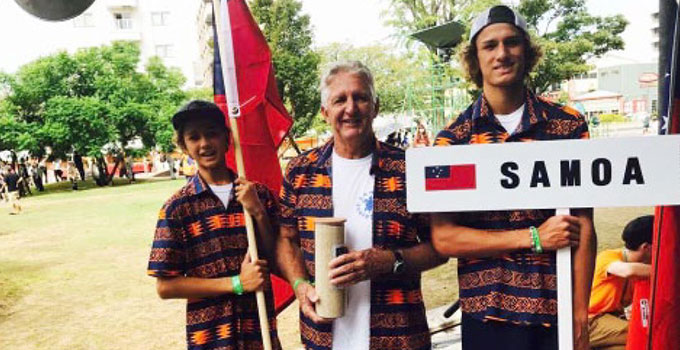 Of the 41 countries from all around the globe that competed at the VISSLA ISA World Junior Surfing Championship in Hyuga-Japan, Samoa was one of only two Pacific Island nations present, with Fiji. Two youth from the Aganoa Lodge in Palauli, competed at the Championship which featured the world’s best junior surfers.

The two brothers are reps of the Samoa Surf Riders Association, and sons of Keith Martin and Lanuola Martin, owners of the Aganoa Lodge Samoa in Palauli, Savai’i.

Christopher and Edward were accompanied by their Father, Keith Martin, who is also their coach and President of the Samoa Surf Riders Association.