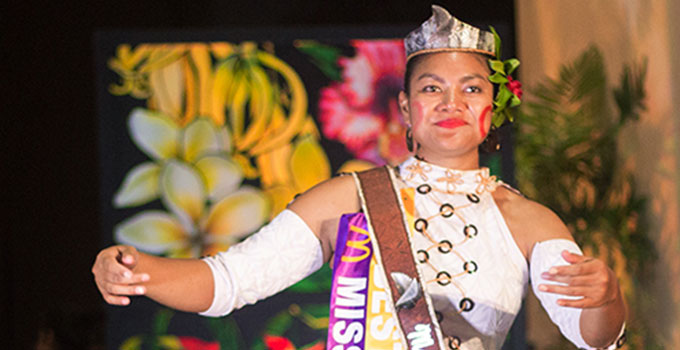 The reigning Miss Samoa, Alexandra Iakopo is ready to represent her country at this year’s Miss Pacific Islands Pageant in Nadi, Fiji at the end of the year.

“We’re working with our team, the Samoa Events Incorporated (SEI) on all aspects of my preparations including mental preparations and organising of my outfits.”

The 23 year old from the villages of Sapapali’i, Fusi- Safotulafai and Moamoa, holds a Bachelor of Arts degree from the National University of Samoa, and worked as a qualifications officer with the Samoa Qualifications Authority (SQA) when she was crowned Miss Samoa. She is now contracted with the Samoa Tourism Authority (STA) until her reign is completed before resuming her role with SQA.

Ms. Iakopo following her win said that she is honoured to be Miss Samoa. She was further honoured shortly after when she was bestowed the chief title - Papali’i in her family at Sapapali’i village in the big Island of Savai’i.

Though the Miss Pacific Islands is a tough competition every year, Ms Iakopo is expected to put on a strong performance, following a spectacular performance at the Miss Samoa Pageant, where she wowed the audience and the public with her vast knowledge during her interview, as well as performing her talent.

Ms. Iakopo is the second youngest in a family of three brothers and one sister. Her parents are Deacon Isaako Iakopo and Fagamalama Iakopo. Educated in Samoa and a graduate from the Colorado Monarch High School in California USA, she is a devout Catholic. The official date and details for the Miss Pacific Islands Pageant 2017 in Fiji will be announced soon.