Samoa Airways set for maiden flight from Faleolo to Auckland 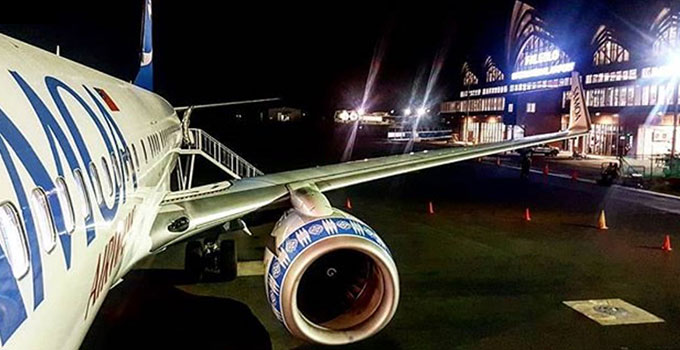 Samoa Airways will make her international debut to Auckland from Faleolo on the 14th of November 2017. This was confirmed by the Minister of Public Enterprice, Hon. Lautafi Fio Selafi Purcell.

The 737-800 leased from Iceland Air is schedule to arrive on Sunday the 12th of November with the following day set for the christening formalities before Samoa Airways makes her inaugural flight on Tuesday the 14th of November.

The aircraft has a seating capacity for 172 including 8 in the business class and will also have its logo painted on it.

“We will launch our new national carrier brand with our range of meaalofa fares already on the market (with meals included) for these destinations before we advertise the regular fairs which I can safely say are more affordable compared to the fares now.”

“And then down the line we hope to lease or acquire a 777- Mac aircraft by 2019 to expand Samoa Airways services to other destinations such as Melbourne and Brisbane in Australia.”

Lautafi says that the initial lease agreement with Iceland Air is a wet lease that includes pilots and stewards for the aircraft. But the tentative plan is for a wet lease on the long run which will see Samoa Airways outfitting the airlines with their own pilots and supporting staff.

“So far everything is falling in place as we look forward to the return of our new branded national carrier to international services as planned.”