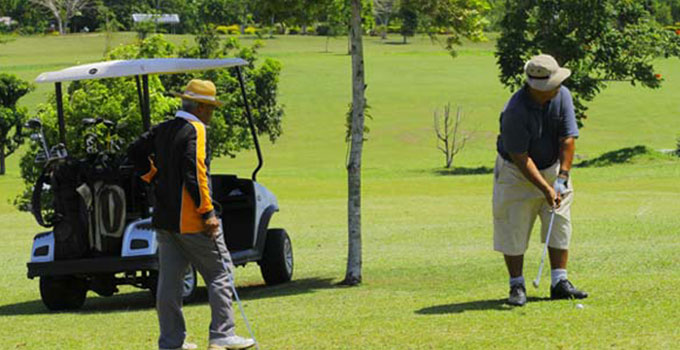 In the Open field is the Invest Samoa Open Defending Champion Peter Wilson along with Australian Dale Brandt- Richards who recently won the Tahiti International Open.

The $50,000 Open event runs alongside the $40,000 Senior Open event which will see a stellar field of Legends Professionals compete for the title.

The Senior Open will also see three time winner Richard Backwell along with Ladbrokes PGA Legends Tour Order of Merit leader Tim Elliott recently back from playing two events on the U.S. PGA Champions Tour who will be trying to stop Backwell from making it four wins in a row.

“I have obviously enjoyed success in Samoa but there are some great players from around the region so I will need to be on my game to defend again this year,” said Backwell.

“The Invest Samoa Open and Samoa Senior Open are extremely important events and an integral part of growing and developing golf within in the region,” Welden said.

“The tournament provides opportunities for local amateurs and Professionals to compete in an internationally recognised tournament.”

The tournament opened with the Official Ceremony and Pro-Am presentation towards the end of this week with the first round of the three-day international tournament.