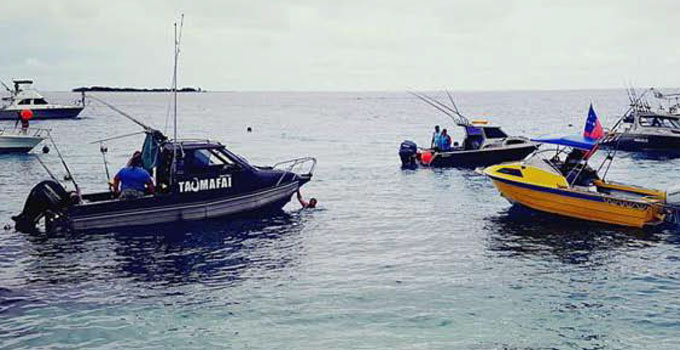 The Savai’i Samoa Tourism Association (SSTA) has completed one of its activities of the year to further showcase what the big Island of Savaii has to offer.

The fun fishing tournament on the big Island gave its participants a true experience of Savai’ian hospitality, turquoise waters, natural beauty and most importantly good fishing.

The event was launched and hosted at the Va-i-Moana Seaside Lodge in Asau, with proceedings led by SSTA President, Tupa’i Saleimoa Va’ai and attended by representatives of SIGFA, participants and the public at large.

The fishing mostly took place at some of Samoa’s best fishing grounds at the north-west side of Savai’i where sea currents meet at the Falealupo Peninsula.

The event was made possible with the support of S.I.G.F.A, Tupua Wetzell family as well as S.P.S Bio-security, an overseas company working on a cocoa project in Savai’I with willingness to contribute to the development of this Savai’i event.

The three day event concluded with a dinner at the Va-i-Moana Seaside Lodge beachfront with a dancing and fire knife show.