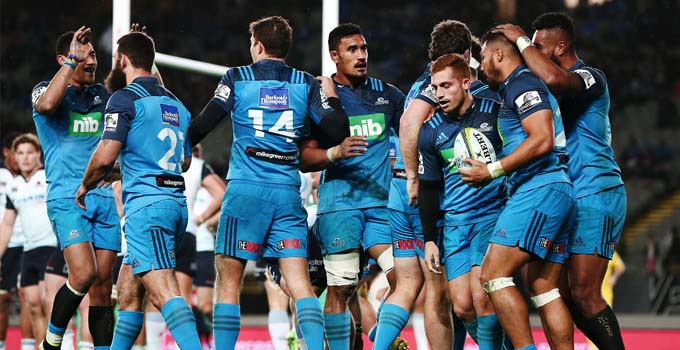 Super Rugby star players from the Auckland Blues will visit Samoa in the beginning of next week, on a promotional tour to assist in boosting the Super Rugby Championship match between the Blues and the Reds that will be hosted by Samoa in June.

Blues and star All Blacks players of Samoan descent, Jerome Kaino and Patrick Tuipulotu are due to arrive in the country immediately after the Easter Holidays, accompanied by some crew members of Sky Sports and Blues management.

Samoa will be celebrating its 55th year of independence by making sporting history when it hosts this first Investec Super Rugby Championship match on 2nd June 2017. The match between the Auckland Blues vs Queensland Reds will be played under lights at the Apia Park Stadium, with the Government backing the fixture, and indicating that it hopes to secure more Super Rugby matches in Samoa in the future.

“This is a positive step for Samoa, as it will attract some great tourism and overseas activity, and its great to see such support behind this match.” Said Tuilaepa.