All Blacks set to face Samoa in Lions warm-up Test 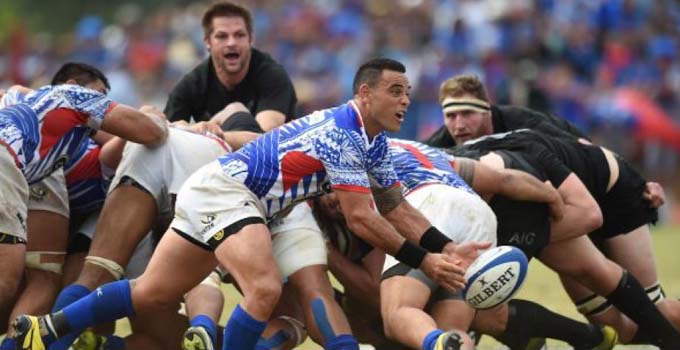 The All Blacks appear set to square off with Samoa in a one-off warm-up Test match prior to the Lions tour in June 2017, with Tonga’s clash against Wales to share the same bill.

According to reports from NZME, a deal for both contests to be played as a double-header in Auckland is close to being agreed upon for Friday June 16.

A Test against the Samoans could prove ideal for the All Blacks, the highly physical nature characteristic of their play should add some much needed starch to the hosts who would otherwise be going into the first Test with the Lions on June 24 slightly underdone.

The All Blacks are often quite susceptible in their home opener to a new Test season, in previous years lucky to scrape past Northern foes England and France.

In contrast, the Lions will be coming off the back of six demanding tour games and will have had plenty of opportunity to refine their strategy and on-field combinations, hence New Zealand’s Rugby’s recent efforts to arrange a warm-up game with a Pacific Islands nation.

Samoa will already be in camp in preparation for their Test window and should have all players available.

The venue for the match is yet to be decided upon, but with Eden Park off the table with three Lions matches already set to be hosted there, all signs seem to point towards North Harbour Stadium.

The last time New Zealand hosted the Lions back in 2005 they also played a warm-up Test against a Pacific Islands nation, on that occasion galloping away with a 91-0 win over Fiji in Albany.