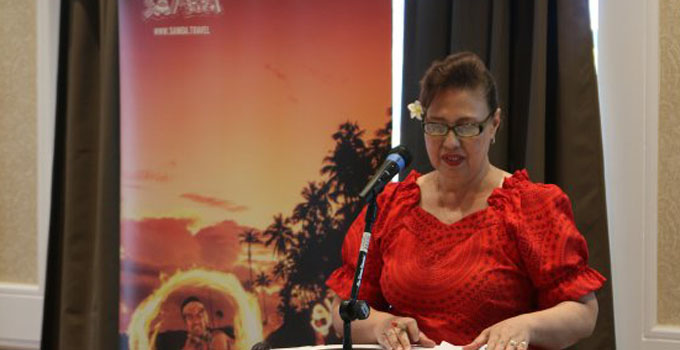 The Samoa Tourism Industries Alliance (STIA) has held its third meeting for 2016. Established in 2012, STIA looks at ways to further develop the tourism sector, with members including both the private sector and the government, while the Samoa Tourism Authority (STA) as the secretariat. STIA held its recent meeting at the end of July for both Upolu and Savaii.

The STIA Chairperson, Ms. Adele  Kruse, believes the initiative is crucial for the development of tourism in  Samoa.

“STIA is a gathering of people to come  together to work on building tourism in  Samoa,” Said Ms. Kruse.

“This initiative was the brainchild of our  former Minister for tourism and also  the board of STA, with the objective of  bring ing the stakeholders in tourism  together, those who are registered with an interest in tourism.

“STA is the secretariat and as the  leading tourism body to government it is very important that we get STA involved  in what we’re doing as we in the private sector cannot work in silo, but need to  communicate to the government what  we think should be done to assist with  the building of tourism.”

Ms. Adele further added, “we have  been working hard with the government  to look at aviation policies as well as the access into Samoa so we can have more visitors to Samoa, and we have  increased the number of rooms in our country because of what government has done to improve a way for investors  to bring their businesses here.”

The Chief Executive Officer of the  Samoa Tourism Authority, Papali’i  Matatamali’i Sonja Hunter spoke during the meetings atbout the overarching development of Tourism in Samoa  and what better ways the Government and Private Sector can continue their  partnership.

The STA, Manager of Marketing and  Promotions, Dwayne Bentley delivered a presentation on the Tourism  Marketing Work-plan for Financial Year 2016/2017, as well as a presentation  by the STA, Manager of Planning and Development, Faamatuainu Suifua  Faamatuainu on the Future Outlook  and Planned Activities for Financial Year 2016/2017.

The STIA meeting for the Savaii  members was held at Jet Over Hotel, while the meeting in Upolu was held  at the Sheraton Samoa Aggie Grey’s Hotel and Bungalows in Apia.